Consistency is Accuracy has been our trademark slogan since we founded Eagle Eye. With the overwhelming number of variables that can come into play, excelling at precision and long range shooting requires consistent repeatable actions every time from the shooter, rifle and ammunition. From the shooter it requires getting into a stable shooting position, steady breathing, sight focus and fine trigger control to name a few. It also requires the shooter to be able to read environmental conditions such as wind and compensate for target movement via mirage in hot conditions (such as the 108 deg day the target below was shot in). At Eagle Eye, to do our part, we engineer our cartridges to be the most consistent and accurate possible. Combined with the the lowest sigma (tightest tolerances) in manufacturing Eagle Eye removes one critical variable from the precision shooing equation: the ammunition.

For marksmen of all skill level shooting small 1/2 minute groups on paper at the 100 yard line is a difficult task and it is even more difficult to do repeatedly. As the below target shows, we are all human and the 5th 5-shot group got away from us a little bit but we cleaned it up on the 6th string. Lacing up a pair of Air Jordan's doesn't mean you can instantly dunk and strapping into a Ferrari Formula 1 race car doesn't mean you will set Michael Schumacher lap times. Similarly, Eagle Eye ammo doesn't mean you will instantly shoot cloverleaf groups repeatedly. However, with a good rifle, practice, some skill and concentration on the firing line, Eagle Eye Precision Match Ammunition will be ready to perform every time. 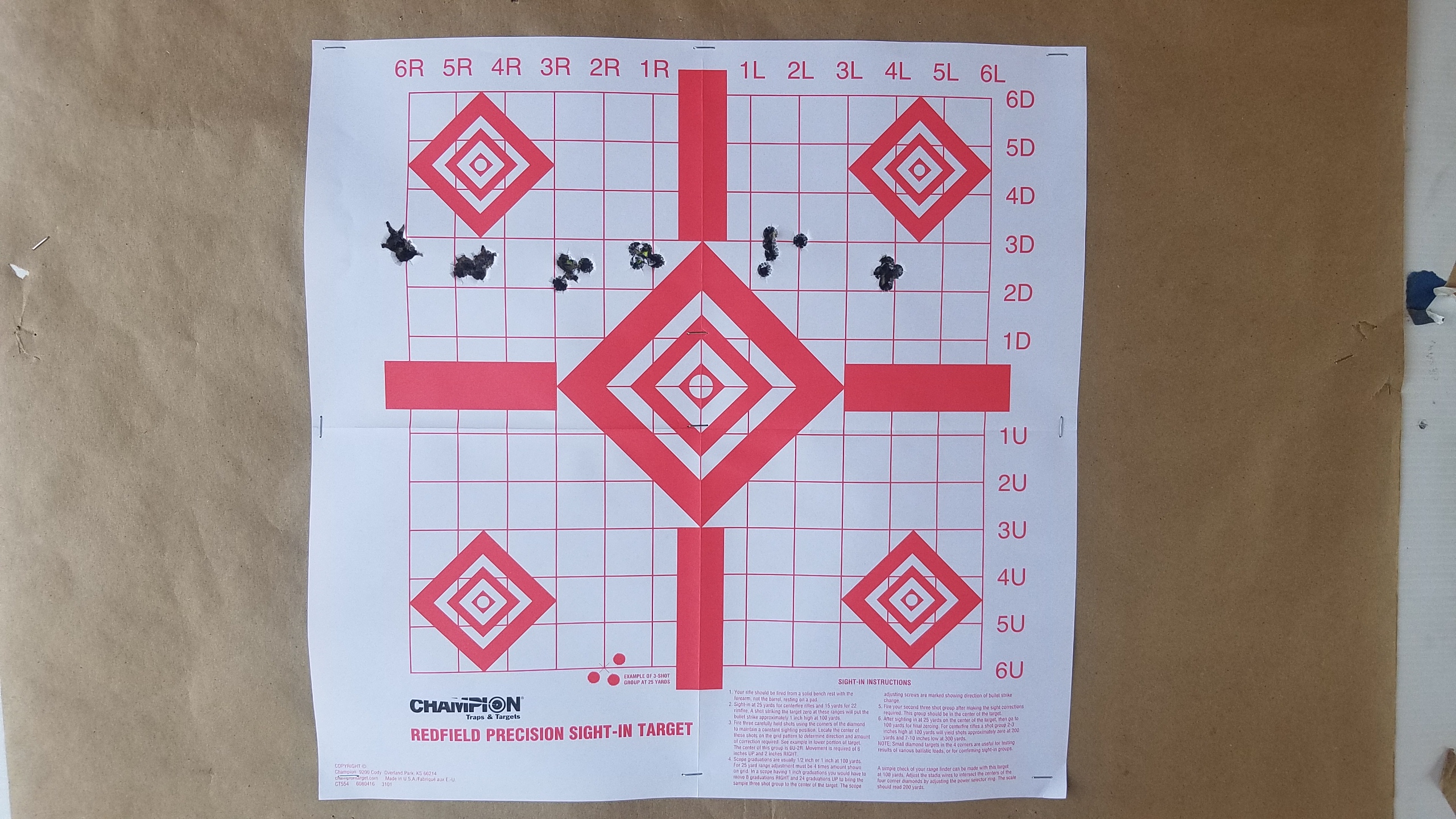